We finished delivering the HomeSafe sessions here at Ford in early October. For those yet to engage in the process, the size of that task should not be underestimated - especially if multiple sessions in several languages are required!

At Ford the early indications are very encouraging, we have a variety of different nationalities on site so fully embedding the cultural change will take time but we are confident it will be a success.

Safety Huddle – slowly more people are having the confidence to speak up in the start of shift safety huddle, asking questions or making observations. It’s been really interesting to hear the different perspectives that people have
Observations – since the introduction of HomeSafe we have seen a significant increase in observations. With the observations forms being issued in English, we have also created a Polish version to encourage maximum participation. Similarly, we have encouraged employees to use their native language to write observations, again to encourage participation.
Signage – most of the new signage is now up and we are sourcing some House Rules signs in the four most spoken languages on site.
Going forward, Ford’s challenge is to embed the cultural change and to make it stick. One of the key ways to achieve this is to demonstrate site management commitment through actioning observations and feeding back to the teams what has been done. The hard evidence. We must be able to show that we are doing what we say we’ll do - in other words actions not just words!

It’s been a stimulating and enjoyable journey so far and I have greatly enjoyed the interaction with our people – they are our greatest assets after all! 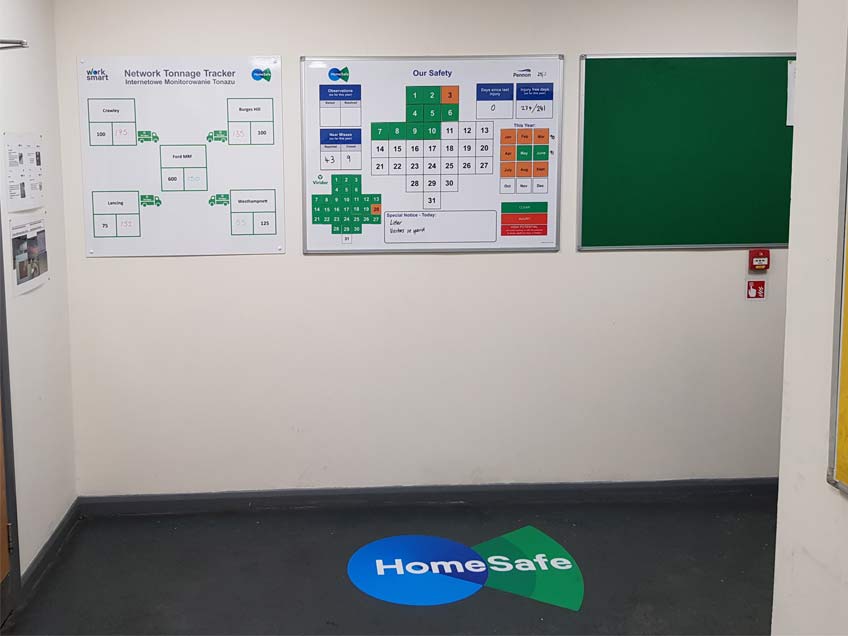